Waikiki was so much fun! I had the privilege of getting to photograph a bunch of engagement photos on Oahu during our February trip for a wedding, including these Magic Island engagement photos. One of these sessions stood out a bit from the rest though and I wanted to share it right away. It was just something about the location, the people, the moody lighting as a storm approached, and the fact that I’ve wanted to go here for about ever. I’ve seen Magic Island from the air for many years as we’ve flown in and out of Oahu but I’ve literally never been there, never driven by, nothing. We’ve actually never even stayed in Waikiki until this trip either though, so there’s that. Magic Island was the perfect spot for some engagement photos and we moved around a lot to get a variety of looks and backdrops. We shot towards the city, shot towards the beaches and Waikiki, explored the lagoon jetty, walked in the water at Ala Moana Beach, and even got Diamond Head in the background. A great place for engagement photos!

Morgan and Jennifer were so fun to hang out with! They are the type of people that are ready to laugh at anything and they were constantly making each other smile and crack up, that’s the best for photos. Morgan does lighting for the tv show Hawaii Five-O (yes, I had to look up how to even write that out, not a tv guy here since I have no time for it!) and Jennifer is a specialized nurse of some sort. So basically what I’m saying is that these two are awesome.

A bit of a note about trying to shoot photos in popular areas when it’s busy… It’s not as easy as it seems but the results are usually worth it. People tend to go to the places that are the best and using those locations can be the most rewarding. Of course, we had to dodge swimmers, runners, skateboards, I had to remove some trash for a few shots, and we even had to contend with other wedding couples and wedding photographers. But, if you do it right, it will look like there is nobody around and that’s really what we wanted to go for here. Get a sense of space and togetherness with just the two of them in this amazing location. 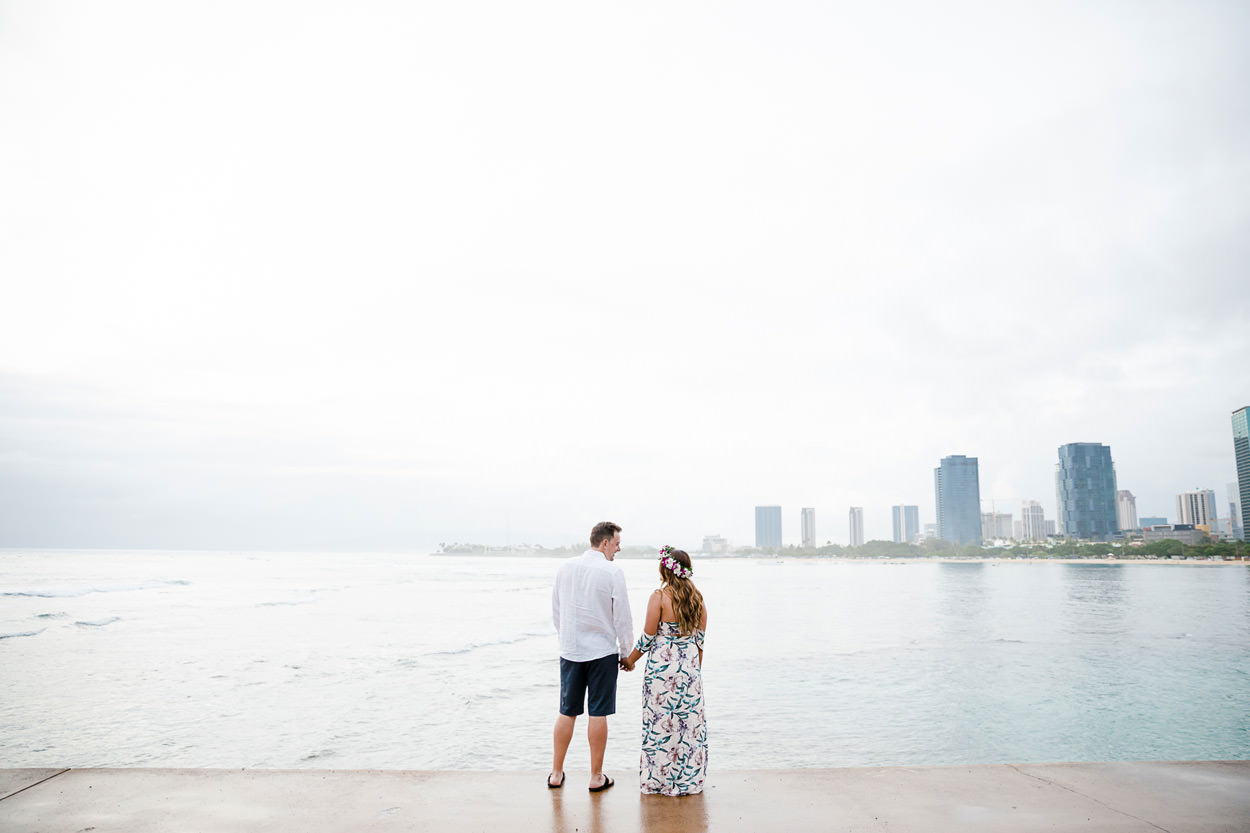 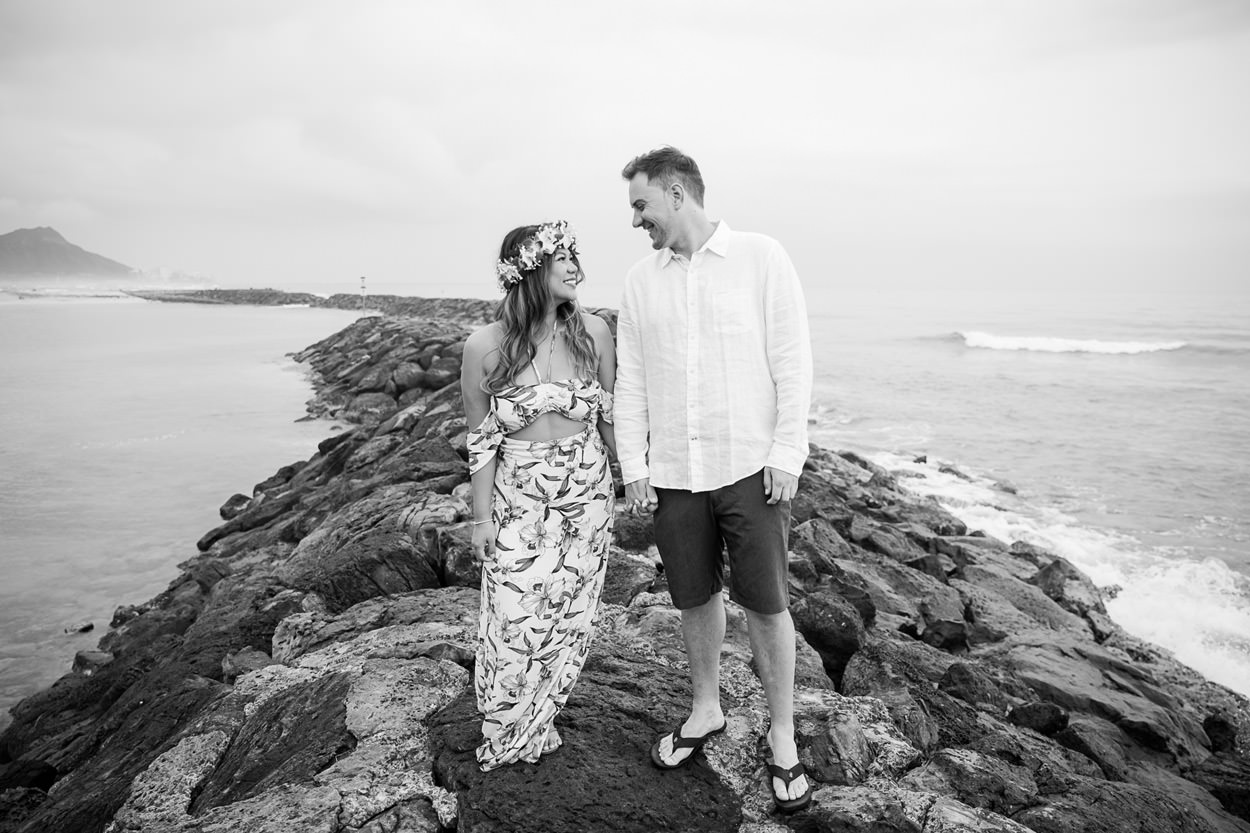 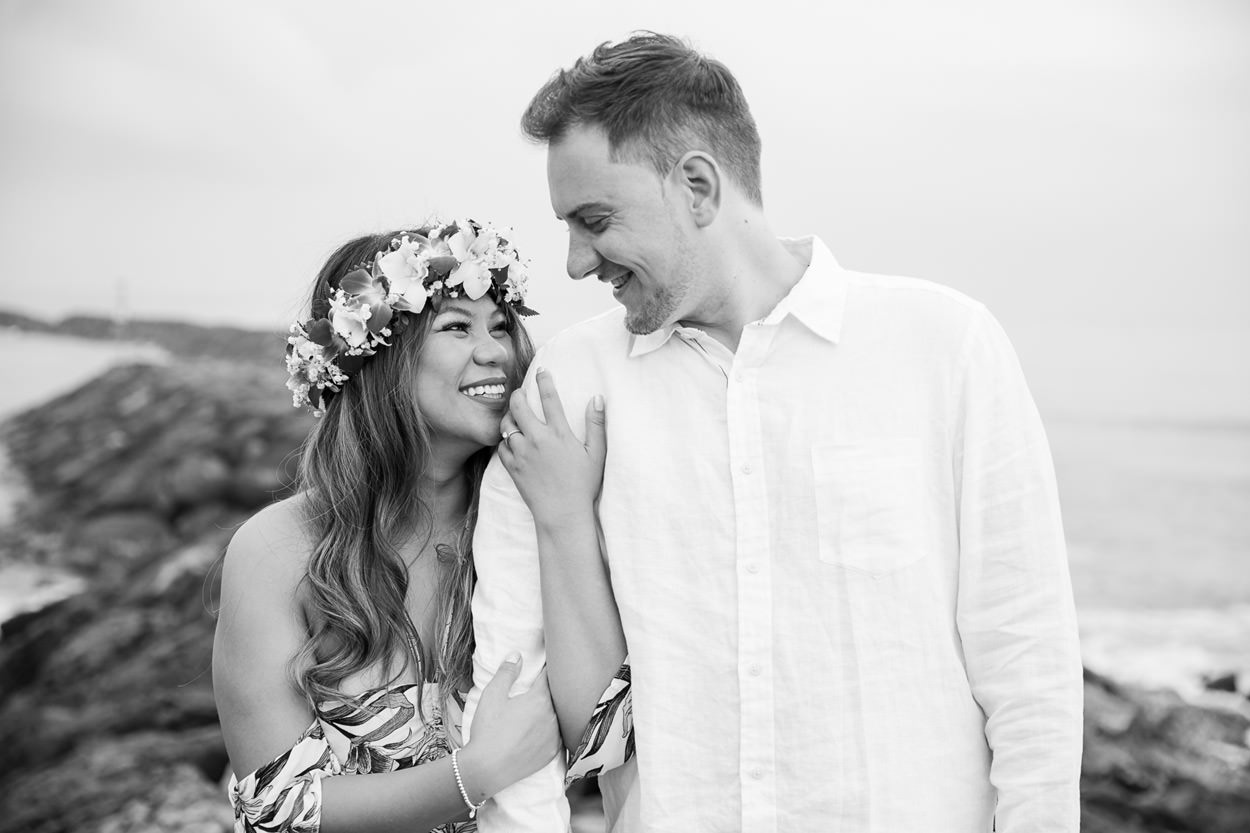 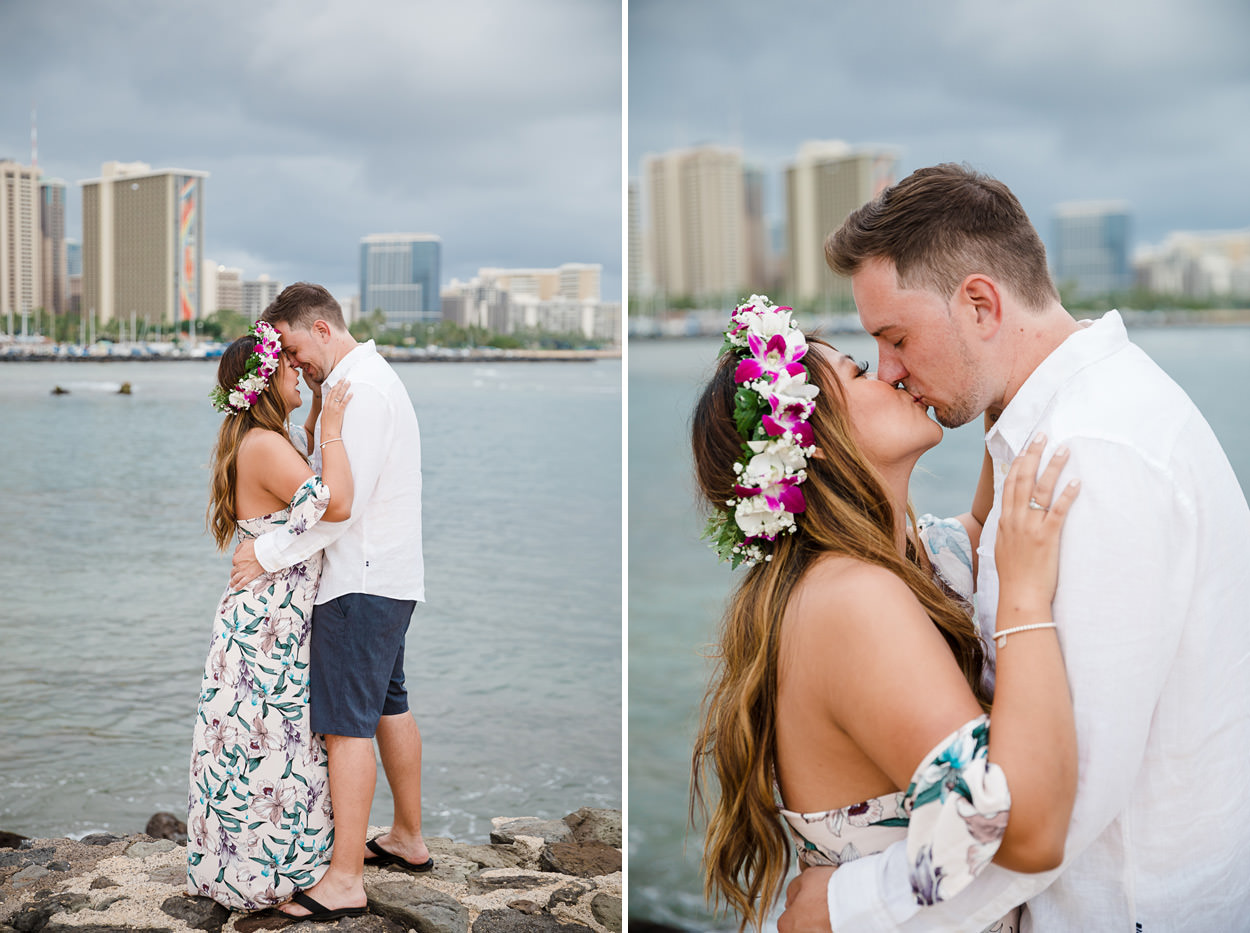 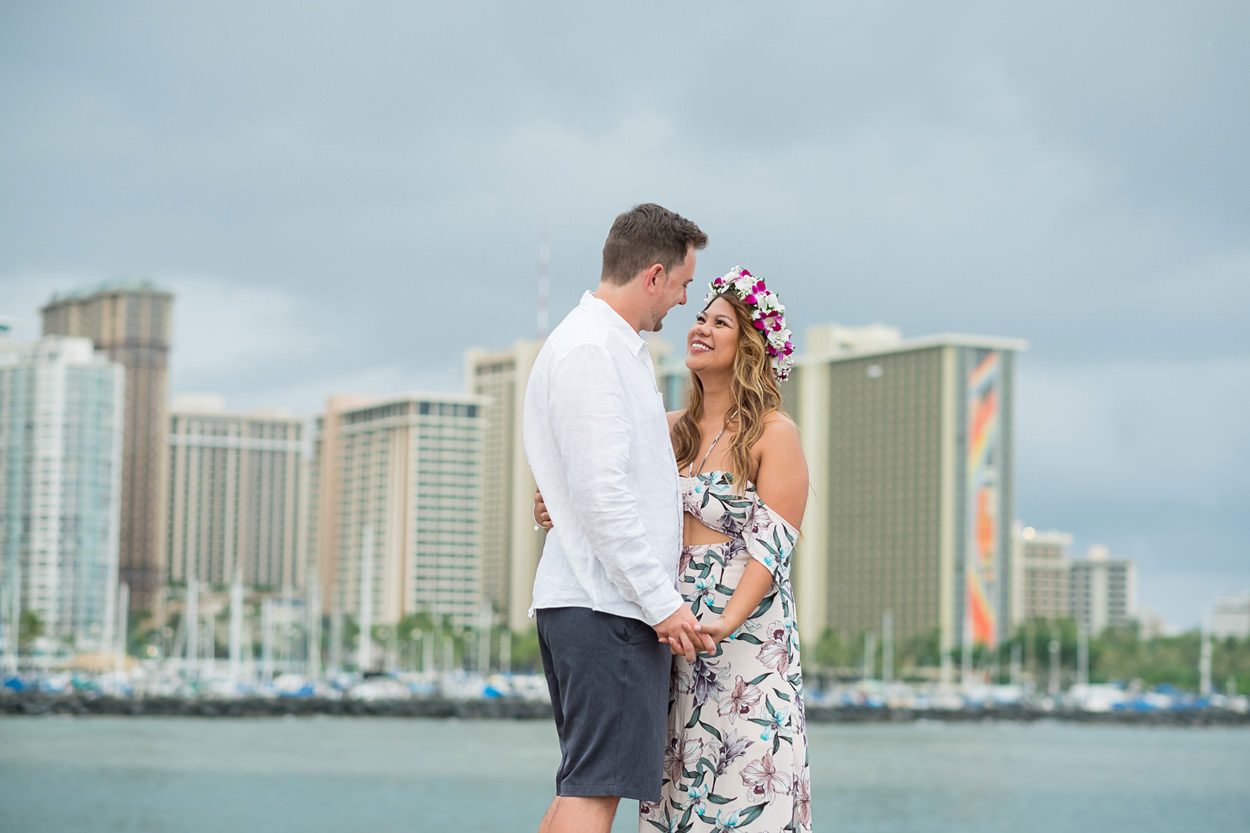 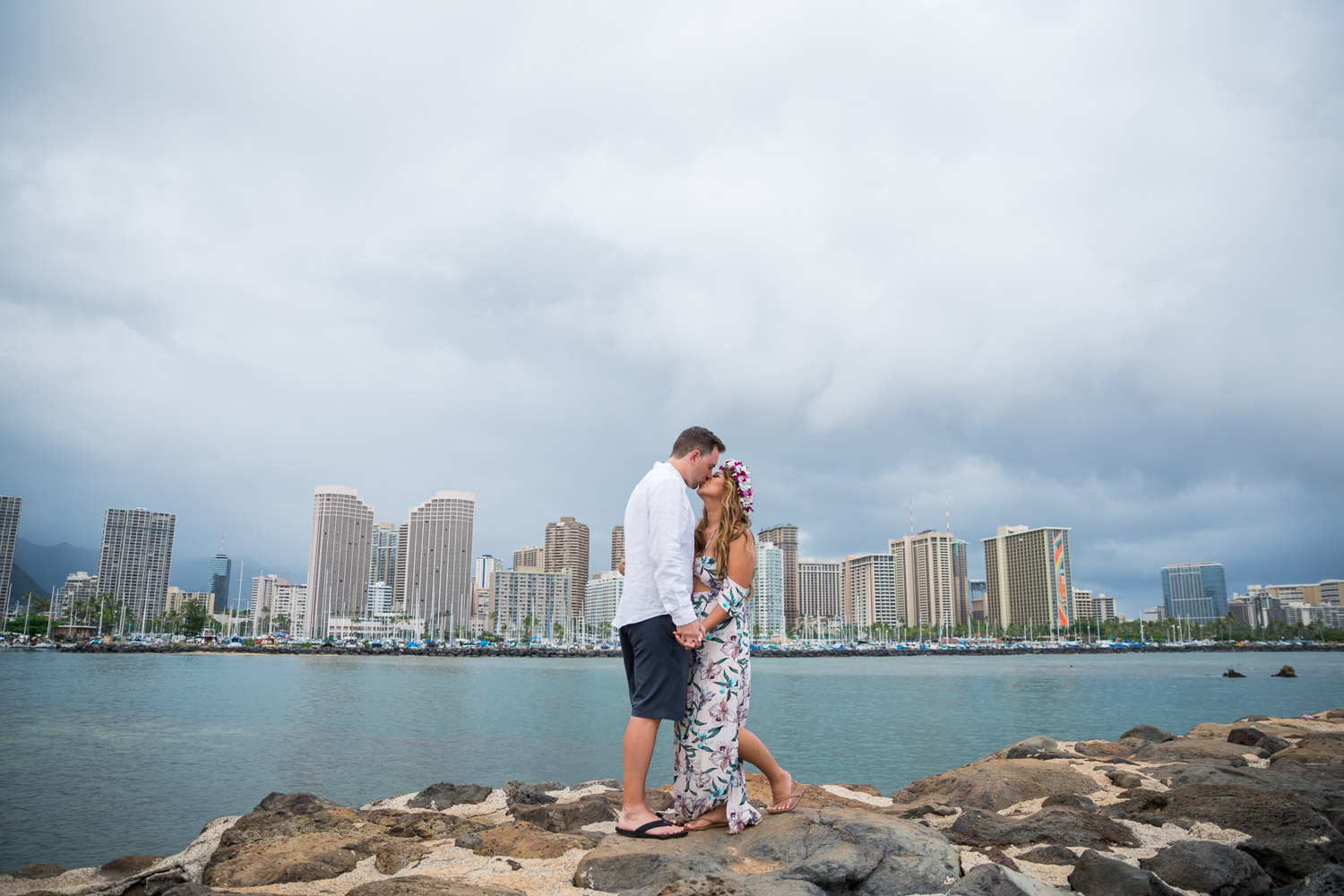 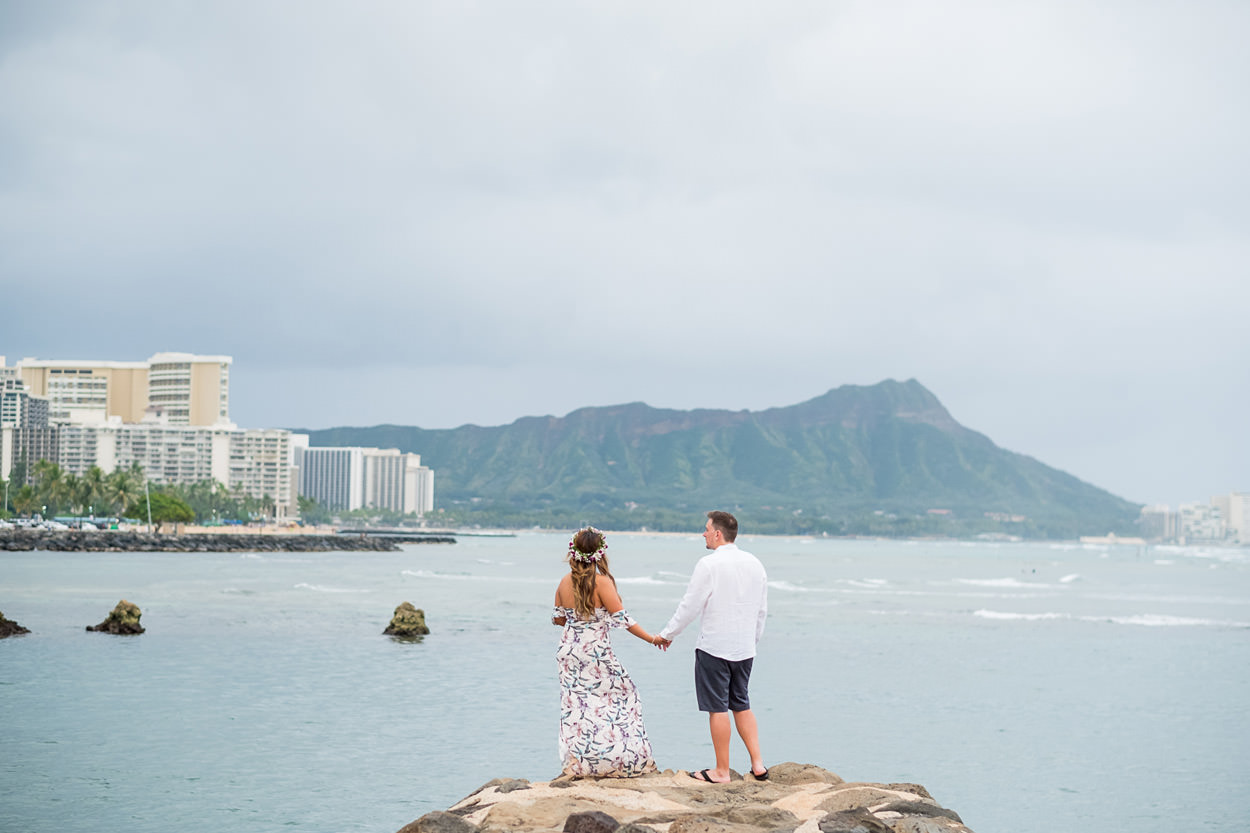 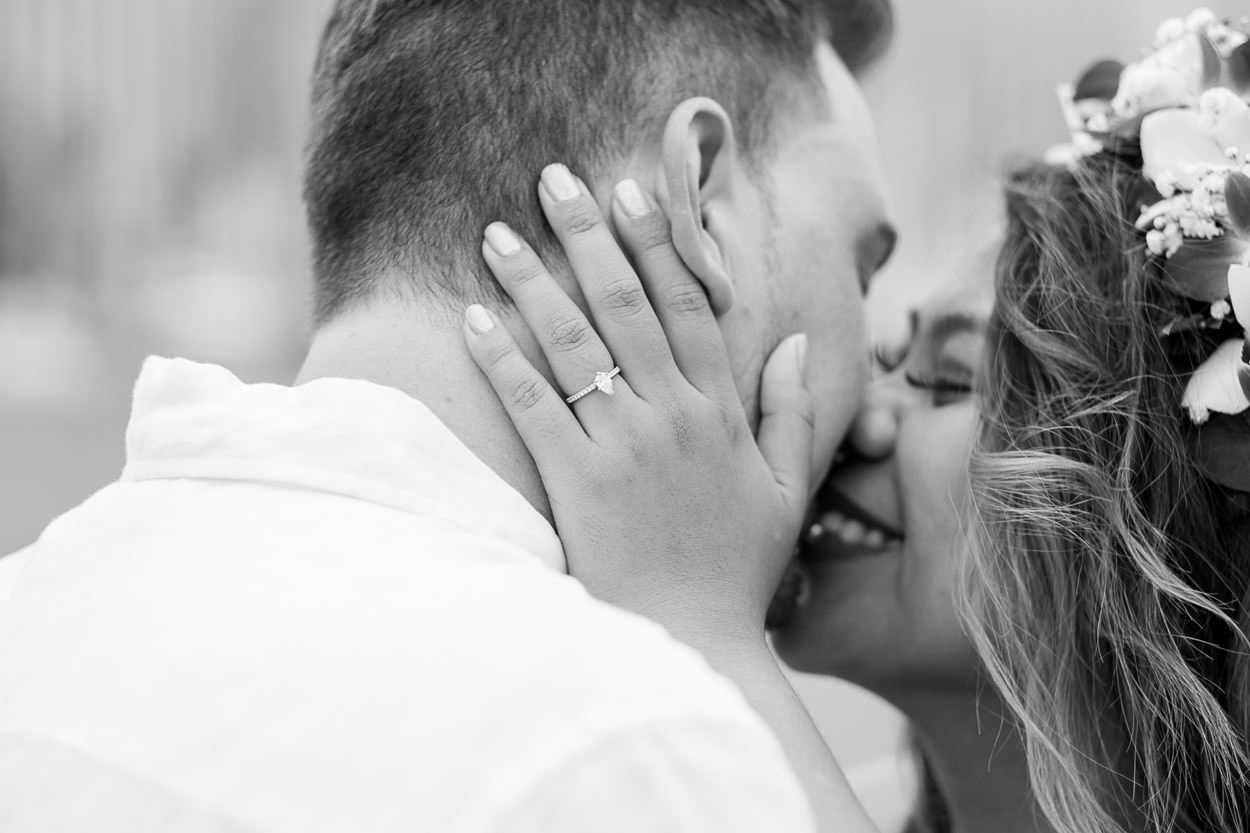 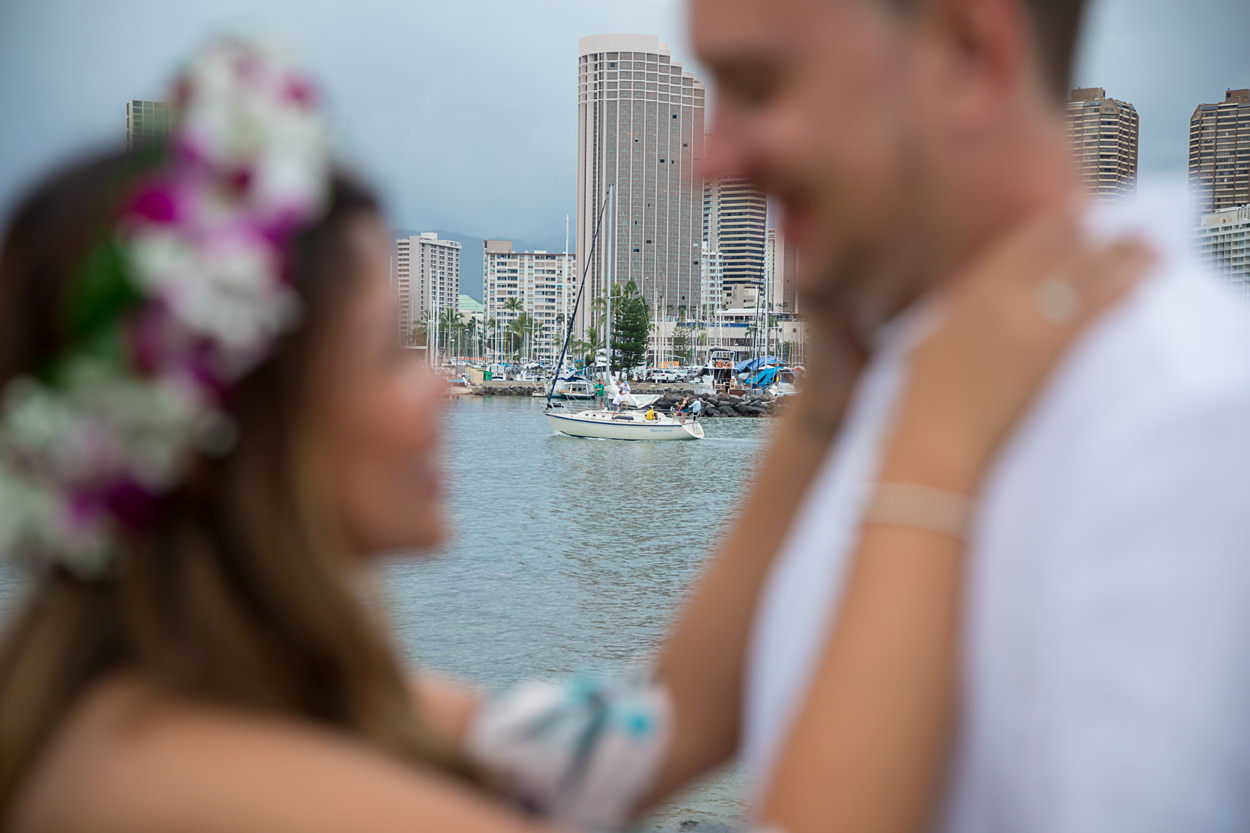 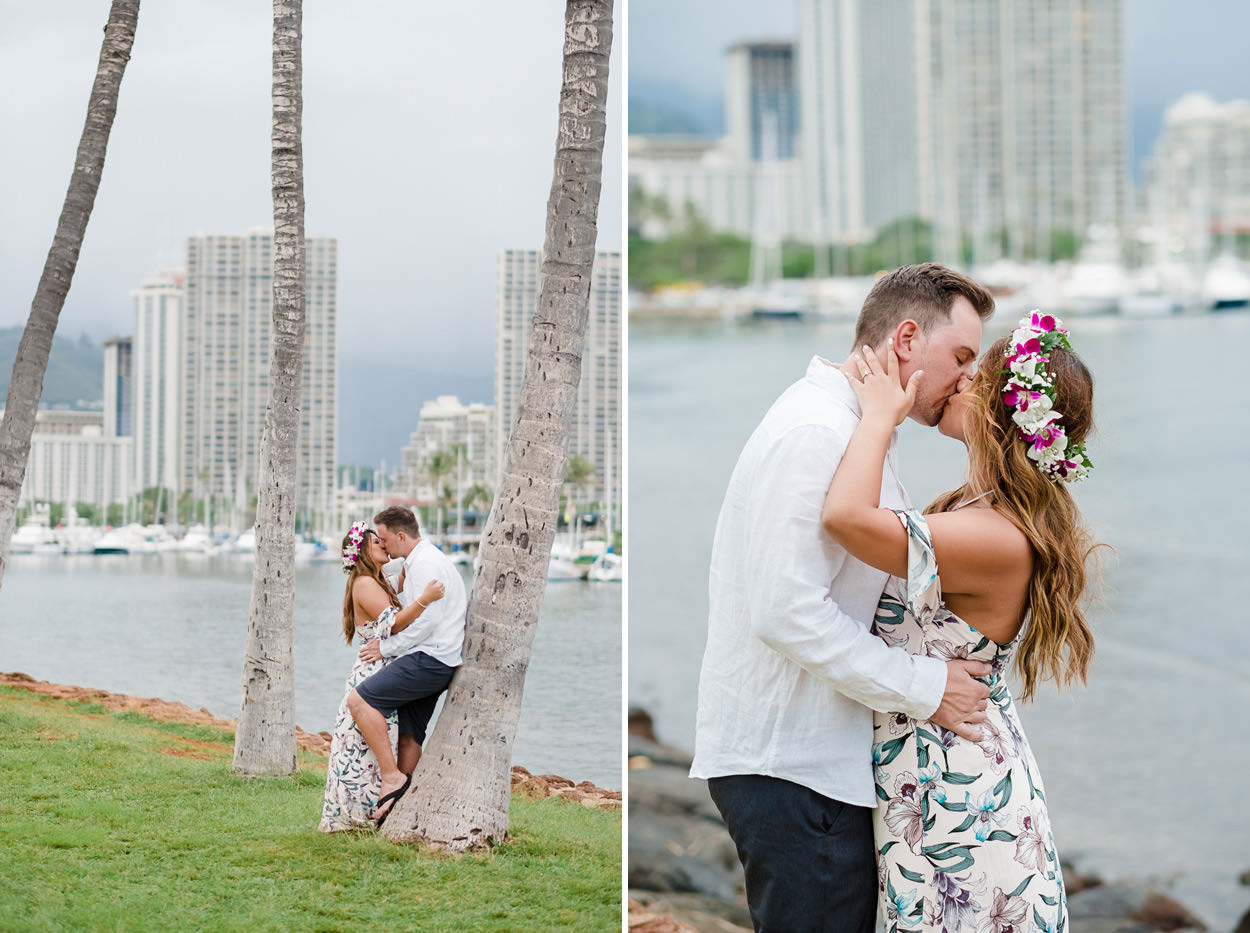 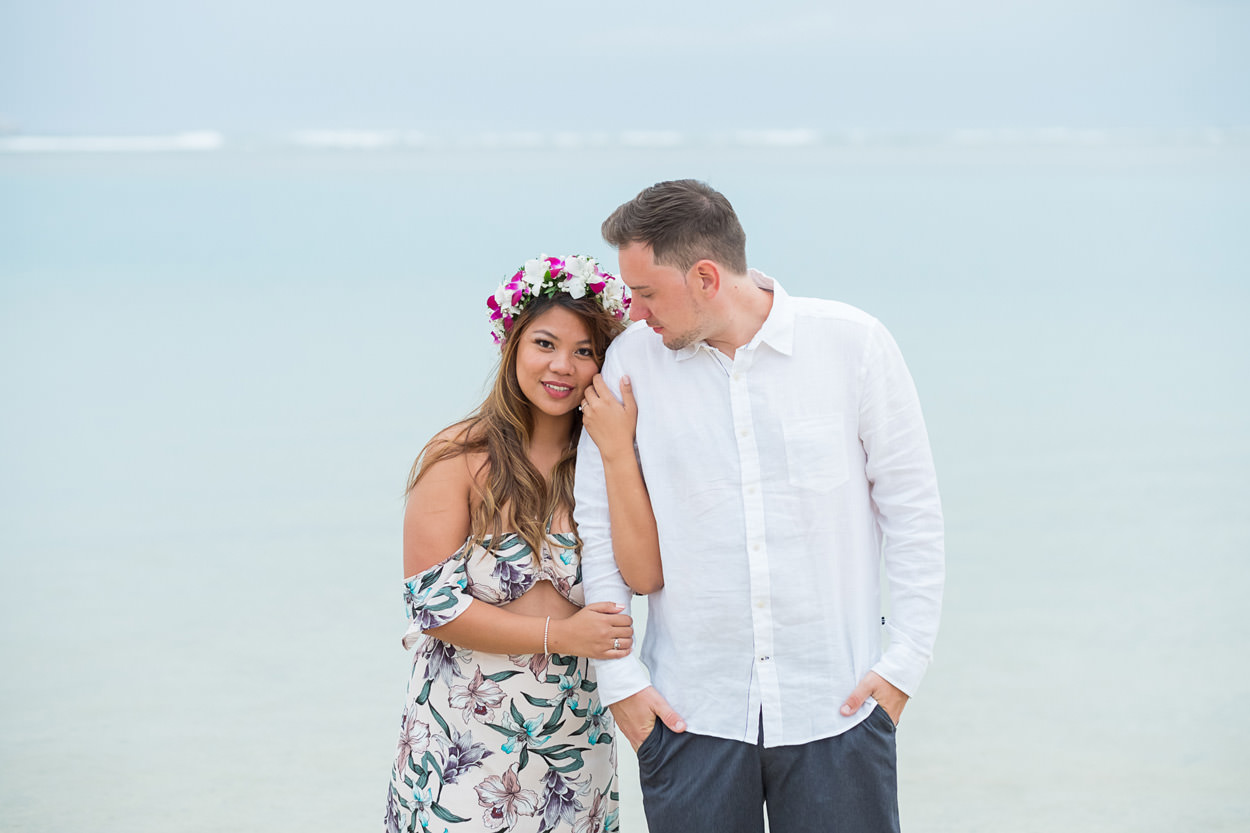 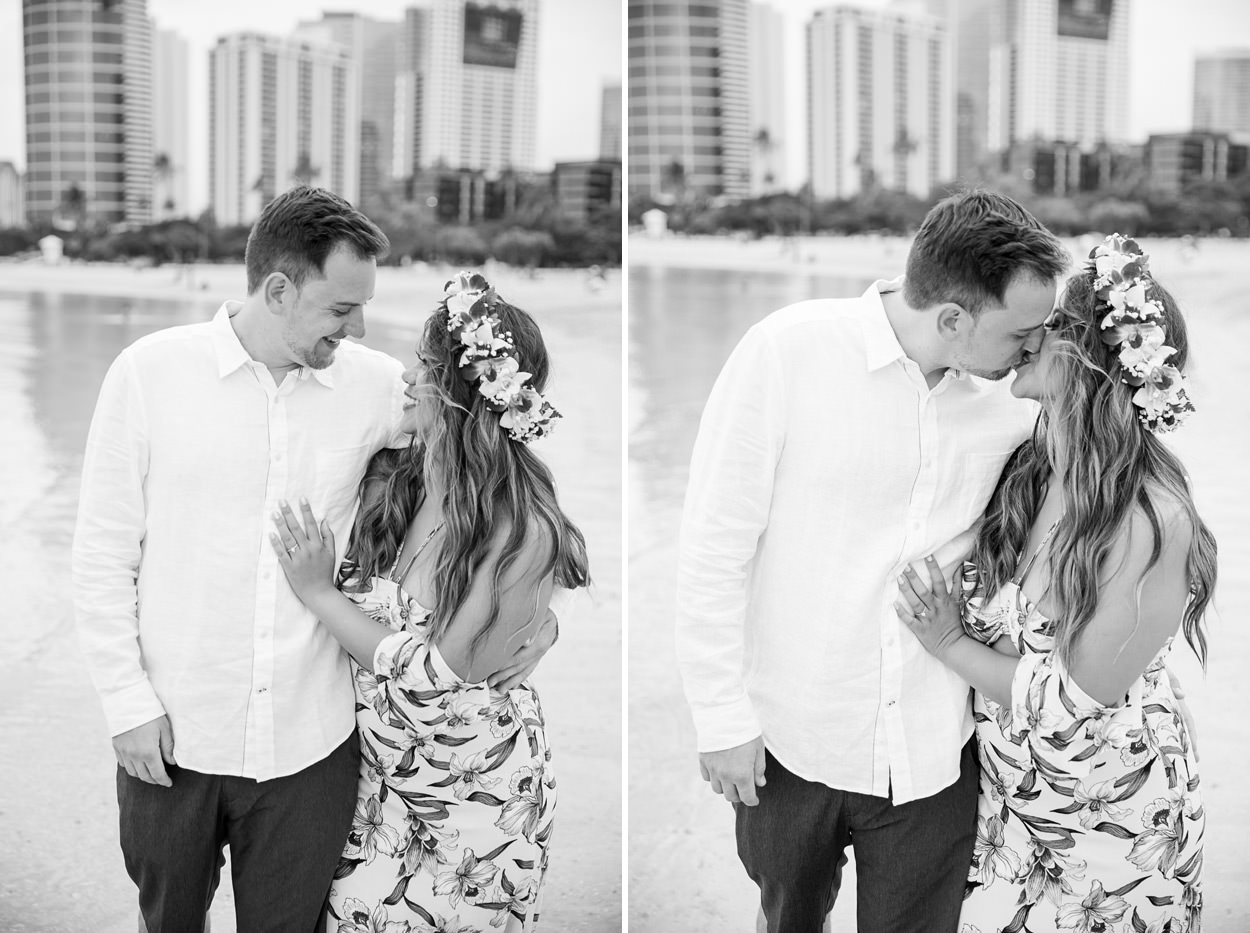 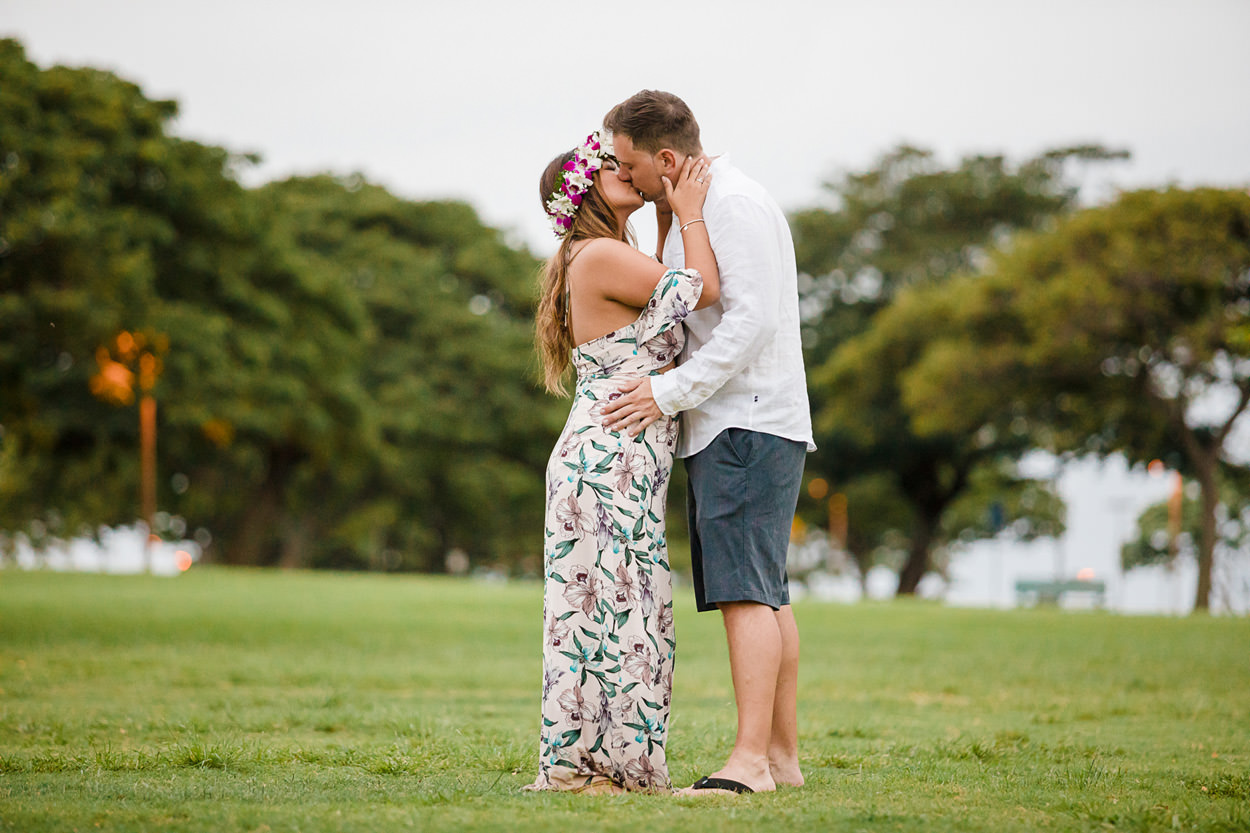 No travel fees for weddings in Hawaii so hit me up like a punching bag and I’ll be there for your big day. Prices start at only $2000 for 8hrs coverage…